The Hendrickson story began in 1913 with the founding of The Hendrickson Motor Truck Company by inventor and businessman Magnus Hendrickson. This small Chicago-based manufacturing company built trucks often equipped with cranes, which were used to haul stone and other building materials.

In 1926, Hendrickson introduced the first tandem truck suspension, which mounted the axles on each end of an equalizing beam. This unique "walking beam" design distributed the truck's load evenly between the two rear axles, which improved traction and greatly reduced the effects of bumps and potholes in the road. The walking beam soon gained widespread acceptance among the industry's new 6x4 "six wheeler" trucks, which allowed more payload.

In 1978, The Boler Company, whose holdings included manufacturers of leaf springs and metal bumpers, purchased Hendrickson. In the years that followed, Hendrickson would expand into or acquire additional businesses in related areas—trailer suspension systems, auxiliary axle systems, springs, metal bumpers, and other heavy-duty components. At Hendrickson, we commit to serving the transportation industry with innovative products that help improve productivity and profitability. Across the globe, our dedicated employees champion Hendrickson’s proud heritage through creativity, integrity and superior service. Our legacy embodies over 100 years as the leading innovator and manufacturer of suspension systems and components for the global medium- and heavy-duty vehicle industry. 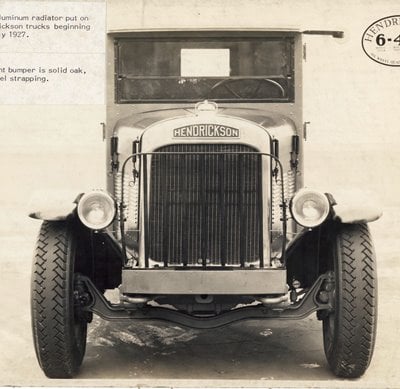 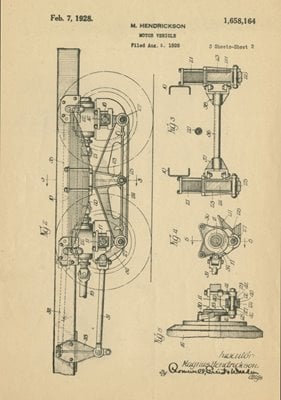